The issue of Pink Salmon has raised it’s head again.

The fish pictured above, which was featured previously here, was caught at Chester-Le-Street, Stories have appeared in the press now about Pink Salmon being caught in the Ness system.

We repeat the advice of the authorities at the time of the Chester-Le-Street catch.

Pink Salmon is a non-native invasive species. Any fish caught should be killed and reported to the Environment Agency.

If in doubt, please remember:  Mink, Red Clawed American Cray Fish, Himalayan Balsam and Japanese Knot Weed, among others, were all introduced to this country as non-native species which seemed like a good idea at the time.

It may look very pretty, early summer in full flower but it is damaging the river bank year on year. 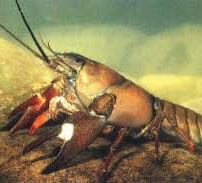 They are all now proving to be hugely problematic and impossible to eradicate. The time to act on Pink Salmon is now, BEFORE not AFTER they become established.